More than 63 million US households include at least one dog. In Ohio, more than 37% of households own a dog. Statistically, that means that if you don’t have a dog in your house, at least one of your next-door neighbors does. Not everybody loves dogs, but few of us think of them as a serious threat to our safety.

That's understandable since most of us encounter dogs all the time and suffer no harm. But, a 2019 study estimated that more than 300,000 people in the United States visit hospital emergency departments each year as a result of dog bites. That does not include the small handful of people who are killed by dogs each year.

Who is Responsible for a Dog Bite Injury in Cleveland?

In most Ohio injury cases, the injured party must show that the defendant was negligent and that the negligence caused the injuries and other damages.

However, Ohio has a special statute governing dog bite injuries.
Under Ohio law, the owner of a dog is typically liable for any injuries that dog causes. That is true even if the owner did not behave negligently, and even if the dog had never attacked anyone before.

That means the owner may be responsible for losses such as:

This liability also extends to some others who have control of the dog. One example might be a kennel where the animal is being boarded.

There are just two exceptions:

In one way, this statute makes it easier for a dog bite injury victim to secure compensation. However, many dog owners do not have the resources to pay for extensive medical care and other damages that might be associated with a serious dog bite. In such situations, there may be homeowners insurance or other coverage available to compensate the injury victim.

It is also important to note that while it is not necessary to establish negligence under the Ohio dog bite statute, there may be circumstances in which a dog bite injury victim wants to bring a negligence claim.

One example would be when a third party's negligence caused or contributed to the animal attack. The best way to determine whether you have a strict liability dog bite injury claim, a negligence claim, or both is to speak with an experienced Ohio dog bite attorney as soon after the injury as possible. 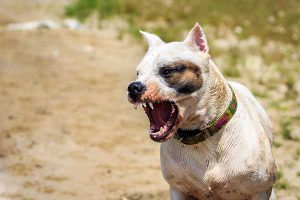 Pursuing the Compensation You Deserve After a Dog Bite in Ohio

Despite Ohio’s strict liability statute, collecting fair compensation after a dog bite injury can be complicated. If you or your child has been injured by someone else’s dog, Vecchio & Vegh can help.

Attorney Robert J. Vecchio has decades of experience helping injured people in and around Cuyahoga and Richland counties secure the compensation they need to move forward and rebuild after an injury. We know how difficult the time following a sudden injury can be, and how confusing the process of pursuing both compensation and the necessary medical care and assistance can be.

We offer free consultations to make sure you have access to the information you need right away before innocent missteps can put your case at risk. Just call 216-566-1424 or fill out our quick contact form to get started.